This Spring is rushing by, and CleanScapes has been busy!

Three cleanup events were held already this year, as part of the Great American Cleanup of Pennsylvania, bringing together over 90 volunteers who cleaned up more than 3 tons (or 6,000 pounds) of trash from the hills and floodplains of Clinton and Lycoming Counties. 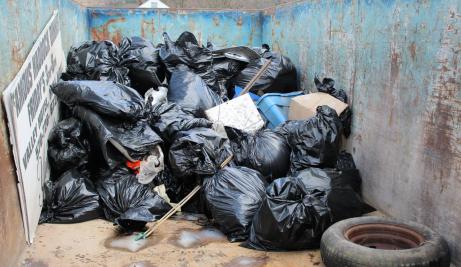 That day, 20 volunteers collected 1,180 pounds (0.59 tons) of trash and one tire! Removing litter from this popular opening day trout fishing location, multi-use Public Park, and roadside gateway began in 2009. Since then six events have been held attracting over 231 volunteers. In total, CleanScapes collected 4.97 tons (9,940 pounds) of litter and 19 tires!

On April 13 and 23, CleanScapes organized two beautification experiences in the City of Williamsport (Lycoming County). The April 13th event took place along Hepburn Street, Via Bella Boulevard and Little League Boulevard. Phase II included members of the PA Outdoor Corps and occurred on April 23. They removed hundreds of pounds of litter from the Route 220 hillside adjacent to the West Branch Susquehanna River walkway.

Then, on April 27, 54 volunteers came together to remove trash from Spook Hollow Road, along the West Branch Susquehanna River floodplain, in Wayne Township (Clinton County). Recently, Spook Hollow Road has been cordoned off to be a pedestrian/bicyclist recreation location, and it will be part of the Bald Eagle Valley Trail (a new rail trail being constructed in phases in Clinton County).

Additional events are being planned by CleanScapes for this summer and fall. Keep up to date with scheduled events here.

Our Volunteers in Action